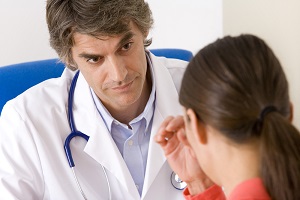 Over the past 20 years, depression and anxiety disorders have gone from something people only spoke about in dark corners to conditions that receive mainstream press and acknowledgment. It’s estimated that nearly seven percent of the U.S. population suffers from at least one form of depression. As a result, drug manufacturers have begun to cash in on the epidemic by developing dozens of antidepressant drugs that combat the conditions’ dangerous effects.

Zoloft, Paxil, Prozac, Celexa, Effexor, and other types of prescription antidepressants are now commonly prescribed to patients all over the country. Effexor is especially popular to combat prenatal depression. However, the U.S. Food and Drug Administration (FDA) has questioned the drug’s safety during pregnancy, and lawsuits have been filed claiming it has caused serious birth defects.

During pregnancy, some women experience increased or constant feelings of anxiety and depression. Since these conditions are harmful to both the mother and her unborn child, some doctors recommend taking Effexor during pregnancy. Unfortunately, use of this drug has now been linked to devastatingly harmful effects to both mother and child.

Effexor is a drug used to treat depression and generalized anxiety disorders. It’s manufactured by the pharmaceutical company Pfizer, Inc. Effexor falls under a class of antidepressants known as serotonin norepinephrine re-uptake inhibitors, or SNRI, and was first approved by the U.S. Food and Drug Administration (FDA) in 1993. SNRIs work by increasing the levels of two brain chemicals, serotonin and norepinephrine, which are believed to regulate mood and focus. Since its release, the drug has gone on to become a top-selling antidepressant with hundreds of millions in quarterly sales.

Effexor is classified by the FDA as a Category C drug. Drugs in this group have been shown to be harmful to the developing fetus in animal models.

In 2004, the FDA noted possible side effects from Effexor that might harm an unborn child, and the agency updated the label to warn of possible “complications requiring prolonged hospitalization” for newborns. Despite this caution and an additional warning about an increase in suicidal thoughts and behaviors, use of Effexor grew. In 2007, Effexor prescriptions numbered nearly 17.2 million.

Since 2007, Effexor has been linked to an increase in miscarriages and health risks for mothers and babies. Research indicates that user risks include headaches, nausea, diarrhea, insomnia, and high blood pressure that can lead to preeclampsia.

A 2010 study published in the medical journal Psychological Medicine suggested Effexor and similar SNRIs could cause developmental delays and the potential for serious birth defects. Later research established that these effects included:

Some of these birth defects are so severe that infants have died shortly after being born.

Since February of 2012, women have been filing lawsuits against the maker of Effexor as a result of the drug’s potential for causing birth defects and health risks. In 2013, these lawsuits were consolidated into multidistrict litigation, allowing for a single federal judge to oversee the pre-trial proceedings and reduce the time needed for the cases to be heard. Experts predict that as more studies on long-term Effexor and other SNRI effects are completed, more lawsuits will be filed.

Drug manufacturers are legally required to communicate any possible dangers that may exist in their products. When they fail to place their customers and patients above profits, your family is the one who suffers the consequences.

If you or a family member have suffered as a result of medication side effects or errors, order our FREE book, How to Make Pharmacies Pay for Your Injuries Caused by Medication Errors, to learn more about what you can do to fight back.