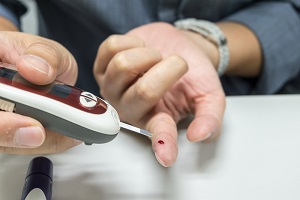 Pharmaceutical companies have a duty to make sure that prescription drugs they manufacture comply with the Food and Drug Administration’s (FDA) safety standards. Unfortunately, many consumers fall victim to life-altering, and sometimes fatal, consequences when drugmakers fail to follow the rules. Today, patients who have been hurt by the diabetes medication Actos have joined this group of victimized consumers.

Actos Use and Consequences

With diabetes on the rise among Americans, many companies are working to create treatment medications. One such medication is Actos, created by the Japanese pharmaceutical company, Takeda Pharmaceuticals, and marketed by Eli Lilly. Actos (pioglitazone) is prescribed to treat type 2 diabetes by helping to regulate blood sugar in those suffering from diabetic or pre-diabetic hyperglycemia (high blood sugar).

The medication is supposed to decrease insulin resistance by lowering the amount of glucose that the liver produces. The decreased glucose production forces the body to use the excess insulin in the blood more efficiently.

At one time, this drug was extremely successful and widely prescribed. It was one of the most successful diabetes medications ever used in the medical community, which in turn made it a profitable product for Takeda. Unfortunately, long-term use of the drug has been linked to several serious side effects, driving many former users of the drug to file lawsuits against Takeda Pharmaceuticals and Eli Lilly as a result.

In 2010, the FDA released a report outlining the potential hazards of long-term Actos use. The report disclosed that the medication caused a range of minor complications, including headaches; muscle, joint, and tooth pain; and urinary tract, upper respiratory, sinus, and skin infections. Less common side effects included more serious conditions, such as organ damage (liver failure, edema, and cardiac-fluid retention) and bladder cancer.

The continuous use of Actos for more than one year could increase your risk of developing bladder cancer by 40 percent. Like many other types of cancer, bladder cancer is most successfully treated when it is caught early. As a result, it is important for Actos users to be aware of the symptoms related to this disease as well as treatment factors. Common symptoms include bloody urine, frequent urination, frequent bladder infections, back pain (located around the kidneys), and painful urination.

When diagnosed early, victims of stage 0 and stage I bladder cancer will have to undergo the following treatments, in addition to their diabetes management:

If the cancer is not caught until a later stage (II or III), the following treatments are typically suggested:

Due to the high reoccurrence rate of bladder cancer, in addition to these treatments, patients will require ongoing checkups. Typically, these will be scheduled every three months for the first three years after the diagnosis, and at least once every year after.

The current lawsuits brought against Takeda and Eli Lilly claim that the companies’ actions directly placed consumers at risk. In addition to failing to comply with safety standards, the allegations suggest that the companies:

As a result of these failures and dishonesty, those who have suffered debilitating side effects from taking Actos are eligible to file a lawsuit against the companies for a variety of damages.

It’s important to understand that Takeda and Eli Lilly have devoted a lot of time (over five years) and dozens of lawyers to develop a strong defense for their actions. Furthermore, after taking billions of dollars from uninformed diabetic patients, they also have the money to put up an aggressive fight. However, this shouldn’t discourage you from pursuing your rightful claim. It does, however, place additional pressure on you to find experienced representation to help build your case. When looking for an attorney to represent you, look for the following:

For over fifteen years, we’ve been helping victims of defective drugs take back their lives—isn’t it time we helped you?

Whether you suffered an injury or lost a loved one due to a drug company’s or a medical device company’s negligence, you deserve answers and compensation. These companies are legally required to thoroughly test and inspect their products to ensure that you will not be harmed. If you took Actos to treat your diabetes and suffered side effects, you’re entitled to expect that those responsible will be held accountable. Contact our office today for a FREE consultation at 888-526-7616 and see how we can help you fight back.