The Sad Story of Topamax: Birth Injury Dangers and the Hazards of Off-Label Use 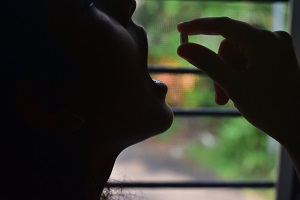 Pharmaceutical companies have become dominant players in the economy. Public demand for instant cures encourages these companies to develop treatment options as quickly as possible. We also expect that the companies are doing all they can to ensure product safety for each pill, injection, and device.

It’s not easy to meet both those goals—production and safety—together. Proper research and testing requires time—time that the public can’t afford and pharmaceutical companies don’t want to spend. What usually happens is that demand and profits overshadow safety. As pharmaceutical companies switch their focus from safety to earnings, the risk of injury from supposedly “safe” drugs increases faster than the company’s profit margins.

Over the years, many people have suffered terrible illnesses and death from medicines and devices that were supposed to make their lives better. What’s even more tragic is that the majority of these incidents could have been prevented. Investigations have shown that many drug companies know their products pose a threat, yet they continue to market dangerous compounds. So far, these safety investigations have alerted users to the potential effects of several drugs, including Actos, GranuFlo, Xarelto, Pradaxa, Zoloft, and the epilepsy medication known as Topamax.

Topiramate, sold under the brand name Topamax, is an anticonvulsant that originally was designed to treat epilepsy and prevent seizures. In 2004, the U.S. Food and Drug Administration (FDA) granted approval for the drug to treat frequent migraine headaches.

However, doctors have also been using Topamax to treat bipolar disorder; alcohol and cocaine addiction; borderline personality disorder; and post-traumatic stress disorder. These prescriptions are considered “off-label”—prescribed for uses, time periods, or dosages that the FDA has not approved. Even though it’s legal for doctors to prescribe drugs off-label, it’s not legal for drug companies to promote, market, or advertise their drug products for off-label uses.

Tony West, Assistant Attorney General for the Civil Division of the U.S. Justice Department, said, “We will take action against pharmaceutical companies that promote their drugs for off-label uses. This type of unlawful marketing undermines the FDA’s important role in deciding which drugs are safe and effective for consumers and costs the taxpayers billions of dollars each year.”

In 2010, the manufacturers of Topamax—Janssen Pharmaceuticals and Ortho-McNeil Pharmaceuticals—agreed to pay over $81 million in fines. This decision came after the United States Department of Justice accused them of illegally promoting the drug for psychiatric uses. The companies plead guilty to misbranding Topamax, which violated the Food, Drug, and Cosmetic Act. The successful allegations included the following claims:

Just How Risky Is Topamax, Anyway?

Like many drugs on the market, Topamax has some common side effects, and its manufacturer claims these side effects are “mild to moderate.” However, some studies revealed that these mild effects could turn into serious health risks for unborn children.

In 2011, the FDA provided new data that showed an increased risk of cleft lip or cleft palate in infants born to women who used Topamax during pregnancy. Cleft lip or palate occurs when the developing facial structures in an unborn baby refuse to close or fuse together completely. There can be splits or openings in the roof of the mouth and upper lip, causing pain and discomfort. This condition often occurs early in the first trimester of pregnancy or when a woman doesn’t know she’s pregnant. While cleft palate can be corrected with surgery, the condition can cause extreme stress as well as the following symptoms:

Due to the apparent risks involved, the FDA reclassified Topamax from a Pregnancy Class C drug to a Pregnancy Class D drug. This classification change indicates positive evidence of human fetal risk when using this drug while pregnant.

Join the Fight for a Solution

Pharmaceutical and medical device companies look at everyone in the United States and see dollar signs, and have repeatedly put profit over people. At Kennedy Hodges, L.L.P., our first priority is making things right for you and your family.

Product liability law demands that the makers of unsafe or defective products be held responsible for any injuries their products may cause. These companies are legally required to test and inspect their products thoroughly to ensure their safety. Unfortunately, many profitable manufacturers ignore protocols to promote better sales. As a result, companies like Pfizer, Janssen Pharmaceuticals, and Johnson & Johnson are facing international criticism along with cascades of lawsuits. These suits allege that these companies knowingly misrepresent and fraudulently market their products, while willfully disregarding patient safety by failing to provide adequate risk warnings.

If your injuries or losses are the result of known Topamax side effects, you may be able to join the mass tort claim against Jansen Pharmaceuticals. Our law firm can represent your individual case to ensure that your claim benefits from the lawsuit’s investigation. Contact our team of board certified attorneys now by clicking on our live chat feature or calling us toll-free at 888-526-7616 for a free, no-obligation case review.

Manufacturers need to be held accountable for their negligence. Join the fight to let them know it’s not okay to place profits above your family’s lives. Call now!